A single dose of cannabidiol (CBD) helped increase blood flow to the hippocampus, an important area of the brain associated with memory and emotion, according to a new study by researchers at the University of London.

Studying the CBD’s action on the brain

In this study, available by clicking here, and published in the Journal of Psychopharmacology, the researchers wanted to study how CBD could influence cerebral blood flow in different regions of the brain involved in memory processing.

The lead author, Dr Michael Bloomfield (UCL Psychiatry Department) said that cannabidiol is one of the main constituents of cannabis and there is interest in its therapeutic potential:

There is evidence that CBD can help reduce symptoms of psychosis and anxiety. Also there is evidence to suggest that CBD can improve memory function. In addition, CBD changes the way the brain processes emotional memories, which may help explain its reputed therapeutic effects in PTSD and other psychiatric disorders. However, the precise mechanisms underlying the effects of CBD on memory are unclear.

A study on 15 patients

For the randomised controlled study, 15 healthy young adult participants with little or no history of cannabis use were selected.

On different occasions, at least one week apart, each participant received 600 mg of oral CBD or a placebo. The doses were presented in identical capsules, so participants did not know which one they were taking on which occasion.

In the prefrontal cortex, the area of the brain used for planning and decision-making, CBD caused a significant increase in blood flow in the orbitofrontal cortex.

Dr Bloomfield added: “To our knowledge, this is the first study to discover that CBD increases blood flow to key regions involved in memory processing, in particular the hippocampus. This confirms the idea that CBD has region-specific blood flow effects in the human brain, which has already been disputed”.

If replicated, these findings could lead to further research into a range of conditions characterised by changes in the way the brain processes memories, including Alzheimer’s disease, where there are defects in the control of blood flow, as well as schizophrenia and post-traumatic stress disorder.

Researchers say the results could be an important discovery for conditions that affect memory, such as Alzheimer’s disease and post-traumatic stress disorder (PTSD), and could help to better target therapies.

However, this study used a single dose of CBD in healthy volunteers, which may not result in the effects of repeated doses of CBD. It would therefore be interesting to see the prolonged effects of this intake of CBD.

Are there food supplements with CBD for concentration? 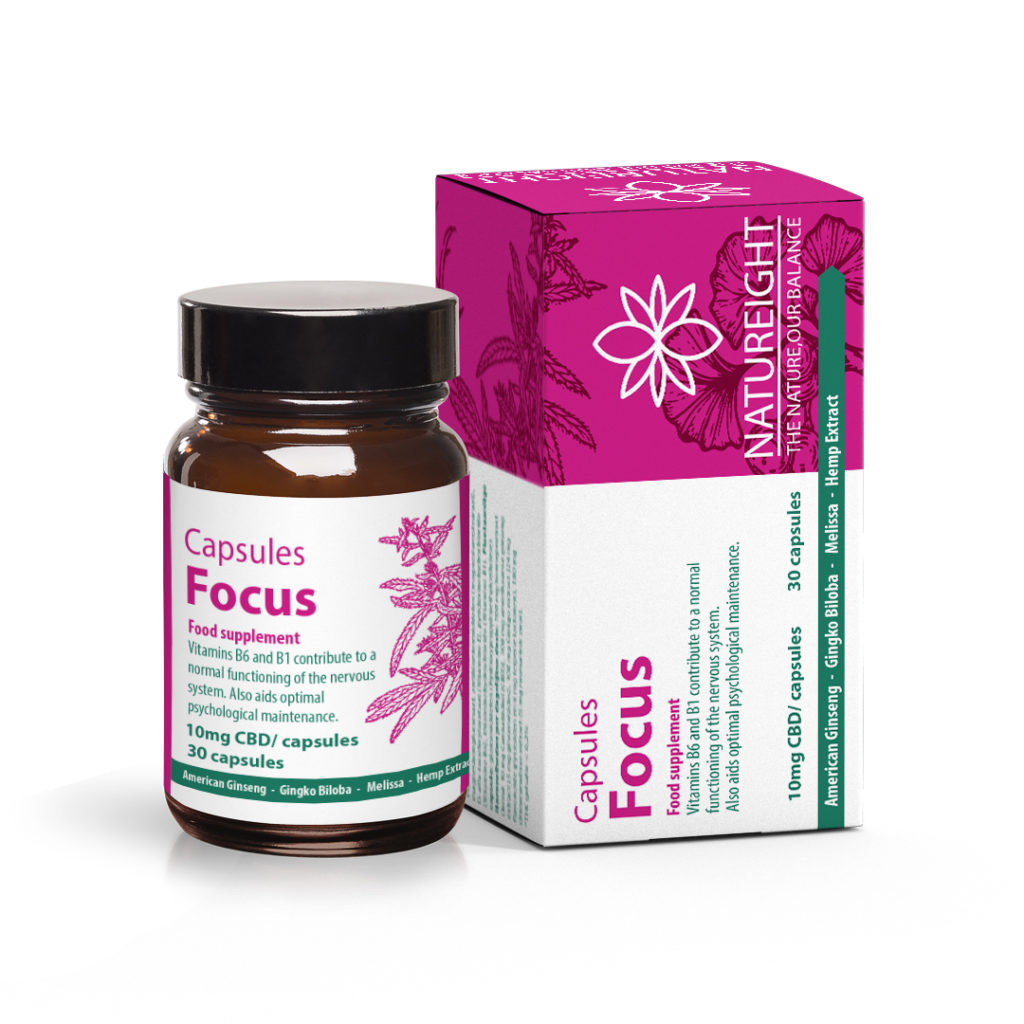 Melissa is a plant which has stood out as a natural remedy in overcoming irritability and anguish. It contributes to an optimal relaxation.